API’s Engine Oil Licensing and Certification System (EOLCS) is a voluntary licensing and certification program that authorizes engine oil marketers who meet specified requirements to use the API Engine Oil Quality Marks—the API Service Symbol “Donut” and Certification Mark “Starburst.” This program is a cooperative effort between the oil industry and vehicle and engine manufacturers Ford, General Motors, and DaimlerChrysler; the Japan Automobile Manufacturers Association; and the Engine Manufacturers Association. Performance requirements, test methods, and limits are cooperatively established by vehicle and engine manufacturers, technical societies like the Society of Automotive Engineers (SAE) and the American Society for Testing and Materials (ASTM) and industry associations like the American Chemistry Council and API. Oils meeting these requirements are recommended by vehicle manufacturers.

The API Service Symbol “Donut” is divided into three parts:

The top half describes the oil’s performance level.
The center identifies the oil’s viscosity.
The bottom half tells whether the oil has demonstrated energy-conserving properties in a standard test in comparison to a reference oil.

The top of the Donut shows the oil’s performance level for gasoline and/or diesel engines. The letter “S” followed by another letter (for example, SL) refers to oil suitable for gasoline engines. The letter “C” followed by another letter and/or number (for example, CH-4) refers to oil suitable for diesel engines. These letters officially stand for “Service” and “Commercial.” The current API performance categories that can appear in the top part of the Donut are listed in the API Service Category Chart.

The center of the Donut shows the oil’s SAE viscosity grade. Viscosity is a measure of an oil’s flow characteristics, or thickness, at certain temperatures. The low-temperature viscosity (the first number, 5W in a 5W-30 oil) indicates how quickly an engine will crank in winter and how well the oil will flow to lubricate critical engine parts at low temperatures. The lower the number the more easily the engine will start in cold weather.The high-temperature viscosity (the second number, 30 in a 5W-30 oil) provides thickness, or body, for good lubrication at operating temperatures.A multigrade oil (for example, SAE 5W-30) provides good flow capability for cold weather but still retains thickness for high-temperature lubrication.A single grade oil (a single number in the center of the donut) is recommended for use under a much narrower set of temperature conditions than multigrade oils.Operators should refer to their owner’s manuals to select the proper viscosity oil for the ambient temperature and operating conditions at which the equipment will be used.

The bottom of the donut tells whether the oil has energy conserving properties when compared with a reference oil in an engine test. Oils labeled as “Energy Conserving” have passed this test. Widespread use of engine oils with this designation should result in an overall saving of fuel in the vehicle fleet as a whole, but a particular vehicle operator may not experience a fuel savings as a result of using these oils.

The API Certification Mark “Starburst” is designed to identify engine oils recommended for a specific application (such as gasoline service). An oil may be licensed to display the Starburst only if the oil satisfies the most current requirements of the International Lubricant Standardization and Approval Committee (ILSAC) minimum performance standard for this application (currently GF-3 for passenger cars). Many automobile manufacturers recommend oils that carry the API Certification Mark.

if you have any questions please feel free to contact me 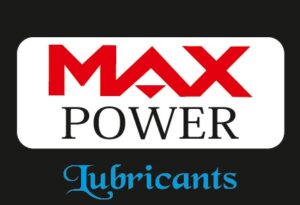